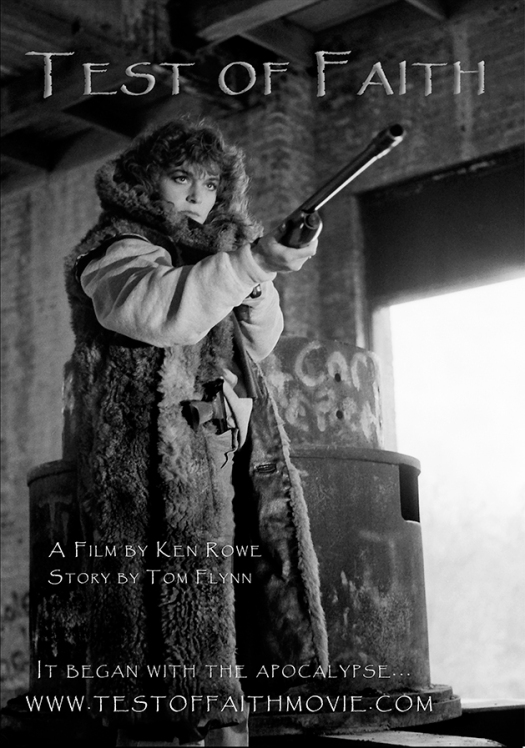 Test of Faith is a short narrative film Directed by Ken Rowe, written and produced by Tom Flynn and Ken Rowe.

Based on the play New Moon in the Sky by Thomas W. Flynn, produced 1976, which in part inspired Flynn’s novel Galactic Rapture (2000: Prometheus)